Sharpen your pencil, polish your pen, hit the keyboard, the Manchester Cathedral 600 Poetry Competition is here!  This year celebrates six centuries since the founding of the Collegiate Church which grew into our cathedral. We are celebrating the Cathedral - this extraordinary home of spiritual life and diversity, the beating heart of a vibrant city.

We are looking this year for poems which reflect, express or connect with the Cathedral in some way.  Poems will be short – no more than 15 lines – so that we can make them really visible in the city and beyond.  Poems you submit should be broadly religious or ‘spiritual’ in nature and, like all good religious poetry, appeal to those who might not describe themselves as ‘religious’. We would like to see poetry from different faith traditions, as well as from those struggling to discover a sense of the sacred. Write in any style or form – your poems will be judged solely on their merits as poetry.

And this year, rather than one winner and a lot of hopefuls, we will be simply offering TEN prizes of £100, and publishing the winning poems in a Celebration booklet.

This year's poems will be judged by a panel:

Robbie Burton began writing poetry in her 50s, gaining an MA at Liverpool Hope in 2003 and publishing the odd poem here and there the following year.

Being adopted at five months old gave her freedom to claim anyone and anywhere as her own – in her head. So after her husband died in 2007, she had no qualms about leaving her home town for the village she'd loved since she was a child. Many of her school holidays were spent in the house her cousin was born in – and still lives in. The landscape and its people inform many of her poems.

Someone Else's Street, published by HappenStance, is her first collection. Since 2009, she has run Cross Border Poets, a very successful Poetry Society stanza.

Her poems have appeared in a wide variety of magazines. Her work has appeared in the Quaker anthology A Speaking Silence (ed. R Bailey and S Krayer), The Book of Love and Loss (ed. R Bailey & J Hall) and other anthologies. Her poem Eternal Plane was commended in the 2010 Poetry Society Stanza Competition. Nun With Keys was highly commended in the 2019 Manchester Cathedral Poetry Competition, and her poem, Deeds, won 3rd prize in the 2018 Ledbury Poetry Competition. 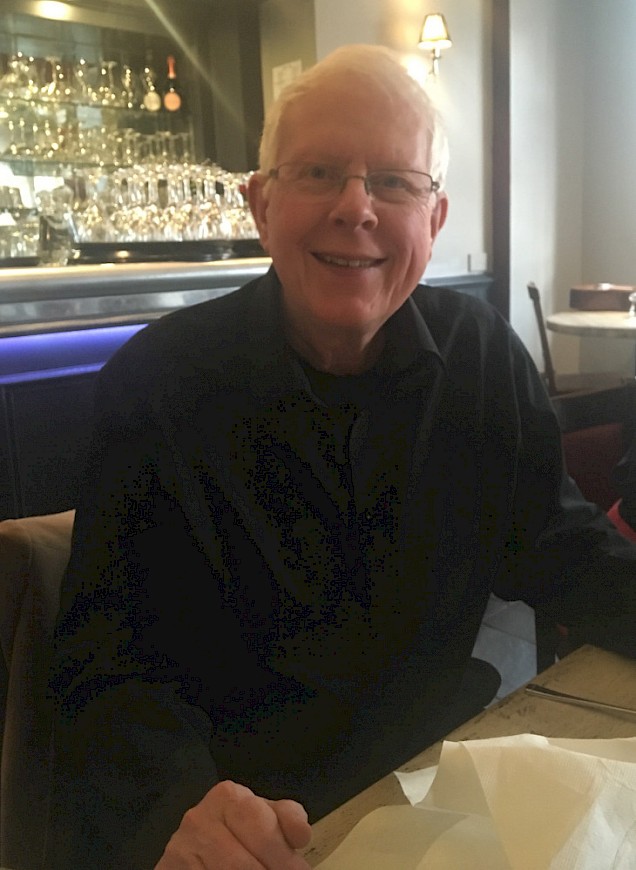 Andrew Rudd is Poet in Residence at Manchester Cathedral.

Lately he’s been listening to blackbirds a lot, and wondering whether a poem could ever make music like that…