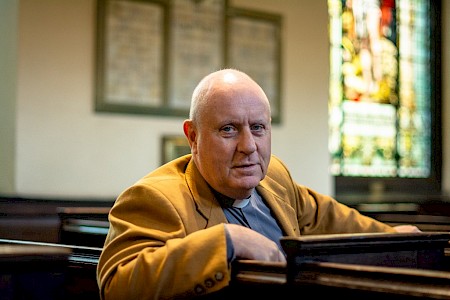 Canon Ashworth, who has served as Rector of St Ann’s Church in Manchester for more than 14 years, will officially start his position at Manchester Cathedral at a service on 20 November at 5.30pm.

Canon Ashworth, originally from Saddleworth, began his official involvement with the church after his grandmother suggested he join a choir.

He spent time as Chaplain at what was the Campsfield House Detention Centre in Oxford, before joining St Ann’s Church in Manchester City Centre in 2008.

Canon Ashworth has worked closely with Manchester Cathedral for many years, partly due to the close proximity of St Ann’s, but also in the mission to bring together different faith communities and to support those in the city centre parish and beyond. He has a keen interest in the history of the city and the church.

Canon Ashworth said: “An important aspect of the Cathedral is the ability to bring people together from different faiths, beliefs and backgrounds.

“My role as Canon Pastor will involve getting to know the congregation to support them spiritually as individuals and groups. As well as helping to shape worship at the Cathedral, I will also support the responsibilities of the Canon Precentor’s role in helping to shape the music.

“I’m looking forward to meeting the congregation and the many groups associated with Manchester Cathedral.”

Photograph by Dani Cole for The Mill.