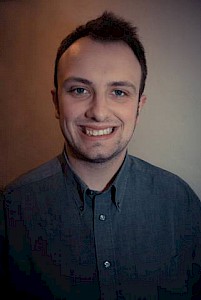 We are pleased to announce that Geoffrey Woollatt has been appointed as our new Sub-Organist and will be joining us from 1 March 2015.

Geoffrey began his musical career as a chorister at Southwell Minster. During his time in the choir he enjoyed touring with them to Italy, Sweden and Paris.

Subsequently he attended Chetham’s School of Music in Manchester, where he continued his Organ Studies with Christopher Stokes. In January 2007, Geoffrey was appointed as Junior Organ Scholar at Manchester Cathedral, a post which he held for eighteen months.

In September 2008, he became the Organ Scholar at Chester Cathedral, where he regularly played for services, and the weekly Organ Recitals, as well as accompanying the Cathedral Nave Choir.

In September 2009, Geoffrey commenced his studies at the Royal Conservatoire of Scotland in Glasgow. At the same time he was appointed Assistant Organist at St Mary's Episcopal Cathedral in Glasgow, where he played regularly for the choir and was involved in broadcasts, recordings and many performances while he was there.